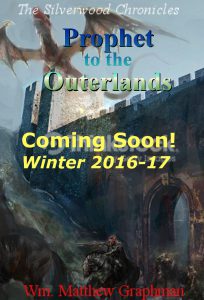 Yeah, yeah, yeah, I know, we’re almost already 10 days into 2017 and I am just now getting around to posting.    Maybe Rift’s attitude is starting to rub off on me a little.

So, I suppose in the first post of the year, I should reflect some on what 2016 held and then expound on what I hope 2017 will hold.

Well, in brief, 2016 was a year of challenges met and challenges not met the way we wanted it to be.  The key being, Book Three should have been out by Christmas, unfortunately, I’m just now going through the editing process — more on that later.  My first NaNoWriMo was a rousing success even given the fact that I was less prepared than I would have liked to have been.  Thanks to a good friend, I began actively promoting my works outside of the website/Facebook by attending fairs and shows, and plan to continue to do so when it seems feasible.  I released my first board game after a nearly two year development period and I’ve drafted ideas for a couple of other games, but have yet to work on them.

But enough about 2016, it’s so last year.  2017 has a lot of promise.  I fully expect to have Book Three released in the next few weeks.  Book Four is coming along nicely and could be released as early as this summer.  My long dormant Chel & Riley Adventure series should get a new installment later this year, but I’ve yet to determine what to do.  Finally, I hope to start the final book in the Silverwood Chronicles by year’s end for release in 2018.  This is, of course, on top of my day job and job as a father, husband and friend.  Let me get this straight, there’s how many days in a year?  400 at least, right?

Now onto my updates.

Book Three edits have been pouring in now over the last couple of weeks.  I can’t thank my volunteer army of editors enough.  I have many hours of work before the manuscript can be completed, and I still have two or three more editor’s who are planning on submitting corrections, so I can only hope that I have the manuscript submitted by the end of January.  The good news is that my creative consultant is pretty happy with the initial cover design this time around.  If you recall, Book Two created a bit of controversy between me and she.  I had originally planned on setting up a vote for the cover campaign again this time around, but she immediately approved of the design and I have to admit that I’m pretty happy with it myself.  Its still a mock-up, but if you look at it and want to share your thoughts, I’m interested in hearing from you.

Book Four has made only minimal progress since the end of NaNoWriMo.  Part of this is due to “burn-out”, then there was vacation and the holidays, and lastly is the arrival of Book Three edits.  As you can imagine, and hopefully appreciate, getting Book Three released has to be my priority right now.  As it stands, Book Four has nine complete chapters and three or four partial chapters.  Okay, I’m to lazy at this point to go and check my facts.  I’m going off a rather strung-out memory.  I did learn a few things when reviewing thoughts and feelings about Book Three, that warrants some additional material for Book Four.  This means I may have to restructure it a little and re-write a few areas, but I have till May to complete it.  Did you catch the subtle, self-imposed deadline there?

One last thing.  As I mentioned above in my goals for 2017, I’m looking for opportunities to not only present my works, but also engage people in the craft of creative writing.  I have had the privilege in the distant past of meeting with an elementary school and talk about writing in general and share my Chel & Riley stories. If you know of any schools in the area (let’s keep it to the State of Indiana for now) that would entertain the idea of me stopping in and spending 30 minutes to an hour talking and/or reading with your children, I would be happy to set aside some time in my calendar to do that.  If your organization is planning a festival / fair in which an author would welcome to sign books and talk about writing, please let me know.  If you have another type of opportunity that I haven’t thought of, please reach out to me on Facebook or email and I’d love to talk with you.

Here’s to a productive and exciting 2017 (did I hear someone say “what’s left of it” in a snarky voice) full of adventure, and meeting new friends both real and fictional.